New kit for my Hike and Fly adventures

I've just retired my LM 5 and Ozium and have moved into a Gin GTO 2 and a Supair XA 13 harness.
This is a great kit and is serving me well. 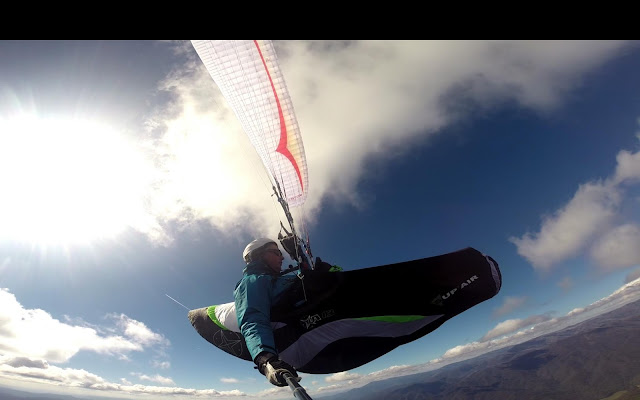 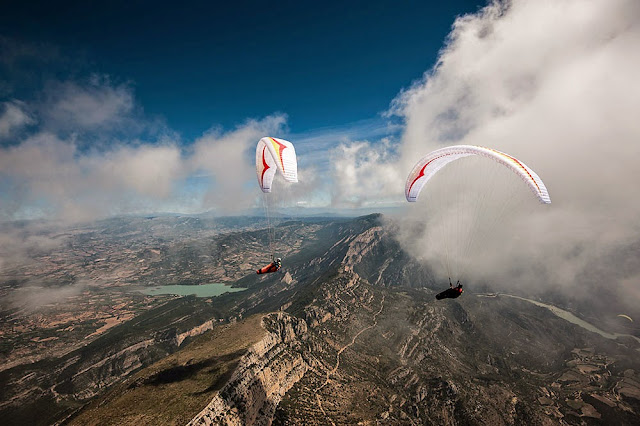 Posted by Unknown at 5:03 PM No comments:

A nice smoky morning out in Bright

My Salomon 3D Ultras got another work out today. Nice walk upto Mystic for a morning  fly 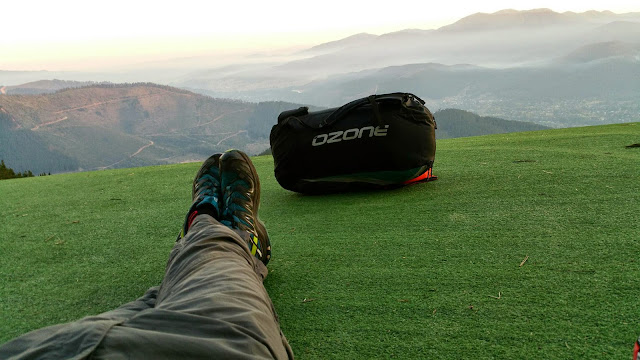 Posted by Unknown at 1:40 PM No comments:

Up and coming Hike and Fly in Bright Victoria

Pure Hike and fly tour (for Paraglider Pilots): http://youtu.be/TLKIYJBKE5k
Posted by Unknown at 12:00 AM No comments:

Wally and I had an opportunity to fly the Bright to Corryong leg of our grand Hike and Fly Adventure for next season. It was looking like a promising day so we got up to launch early to wait for an opportunity to get off the launch.
It had been over the back consistently all morning so we new we had to take any opportunity with puffs up the face to get off.

Wally got off first and as soon as he did the southerly rolled over the back and made for an interesting sinky ride out into the valley over the LZ. Wally found a good climb out in the cleaner air and got up well close to base.

Watching this I hesitated as I wanted to get around to the south side of the hill as soon as I could to get a climb. Well I was mistaken. When I got around to the south east side the wind came from the south west and I rode the bucking horse until I saw Brenny climbing on Emily ridge so I went back to join him. We both climbed out close to base experiencing a south east wind till we reached base where it was favouring to head to Corryong.

Wally was up early so he headed over to Gungl's Gully and grovelled for awhile but getting up again.

I got up to base over near Mt. Porepunkah then over to Coral Bank in the Kiewa Valley. We both, Wally and I were taking different lines and were both lining up on two cloud streets heading straight for Corryong. 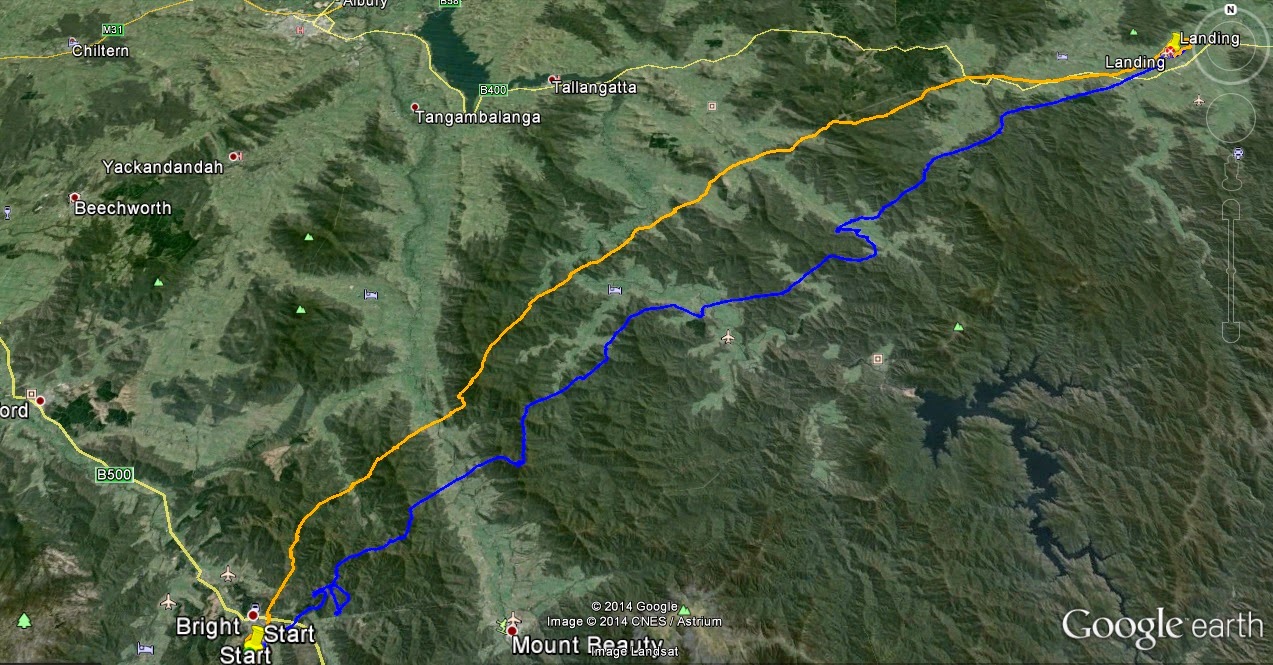 My track took a line closer to Gundarian  while Wally  took a line in tighter to the ranges.

Thanks to Clara and Brenny for retrieving us from the Corryong Airstrip. Made the flight very comfortable and relaxing knowing we had a great crew following

A training afternoon out with Gavin McClurg

After the expected winds around Bright came in today, Gavin messaged me and was keen for a hike and fly. The winds were expected to drop in the afternoon and we weren't disappointed.  Thermaled up to 2300m above Feathertop while watching Gavin ridgesoaring low after a bunch of wingovers. We hung on the ridge of a while and when the wind ebated we headed out over the MUMC hut and out to Harrietville.
Nice afternoon out hiking and flying the Aussie Alps!

Posted by Unknown at 3:04 AM No comments:

I'm in waiting to see who gets the Wild Card Position in the Redbull X Alp's 2015.
As to not to rest on my morals from my previous training resigm, I am intending to push my physical and mental limits by Hike and Flying the Great Dividing Range from South to North along the eastern side of Australia. 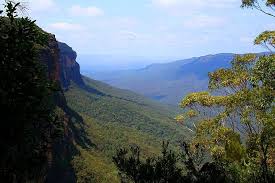 The Great Dividing Range, or the Eastern Highlands, is Australia's most substantial mountain range and the third longest land-based range in the world. 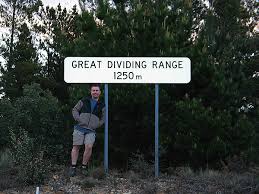 The highest Peak on the Range is Mt Kosciusxko at 2228m and gets influenced by an Easterly Seabreeze and cooks in the afternoon sun on its west side.

The ranges landscape has plenty of diversity in Flora and Fauna with Gum (Eucalyptus) trees in the snow line to the valley floors. 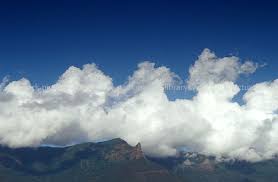 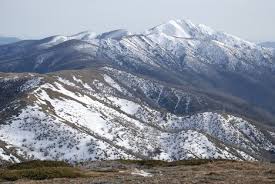 The landscape goes from rainforest cliffs up in Queensland down to Snow covered peaks in the south and a lot of country in between. 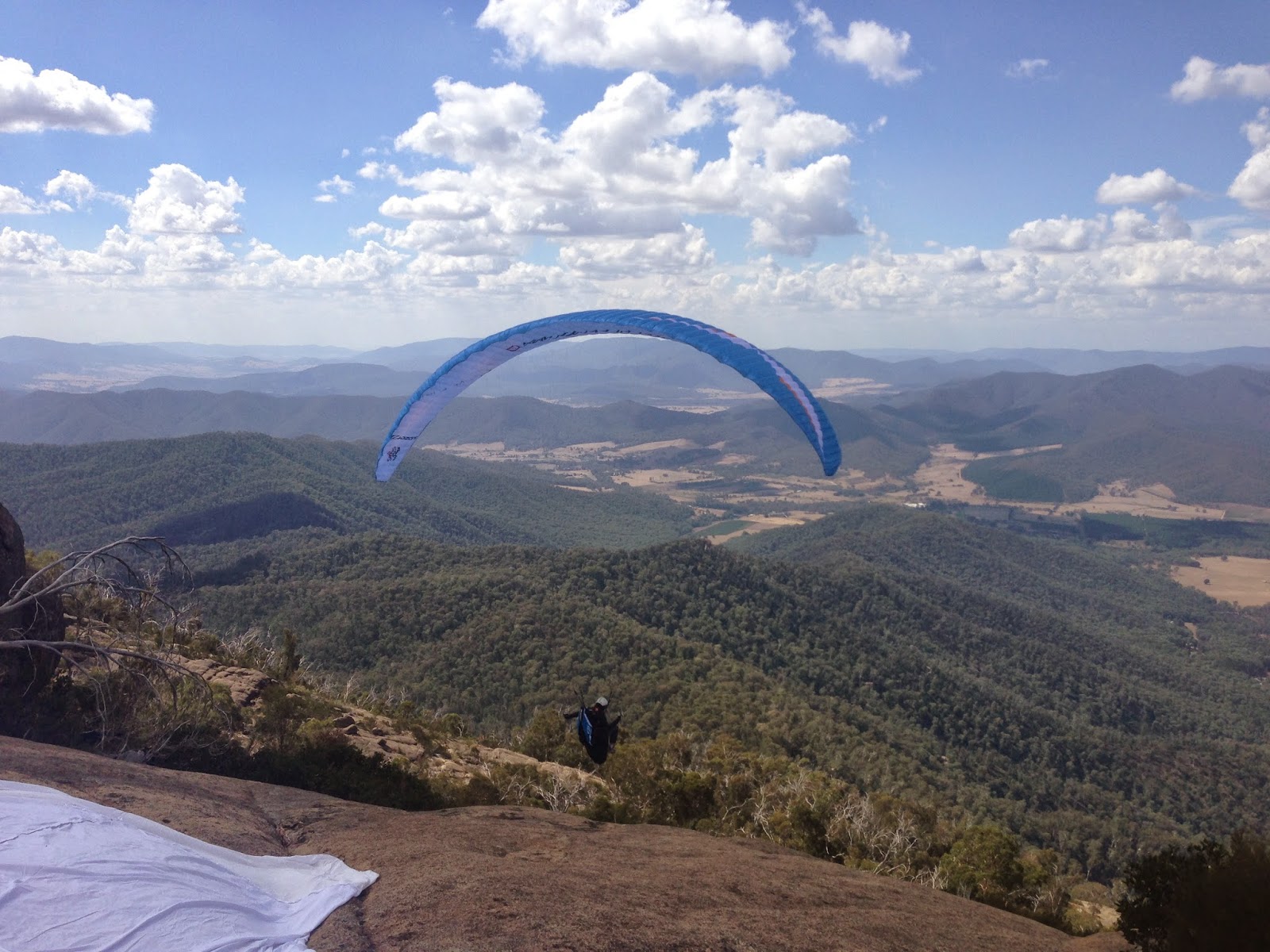 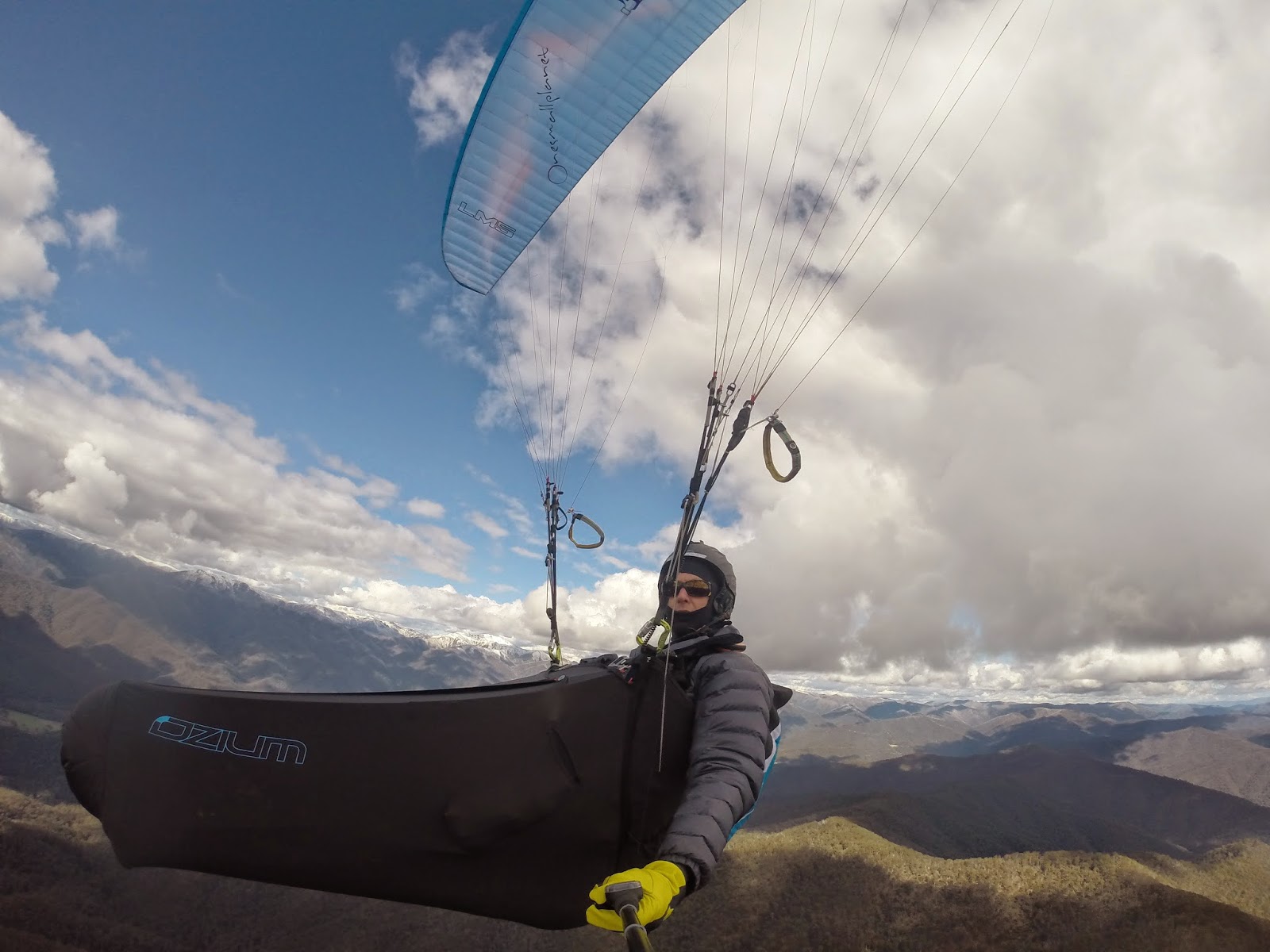 I'm looking forward to this Adventure Hike and Fly so keep an eye on this Blog as I will be keeping you all up to date with when and with who and in what style I will be attempting this 1900Km + Australian Hike and Fly journey along the Great Australian Dividing Range.
Posted by Unknown at 4:01 AM 1 comment:

Was awarded today with a 7pm ridgesoar of Mt. Feathertop 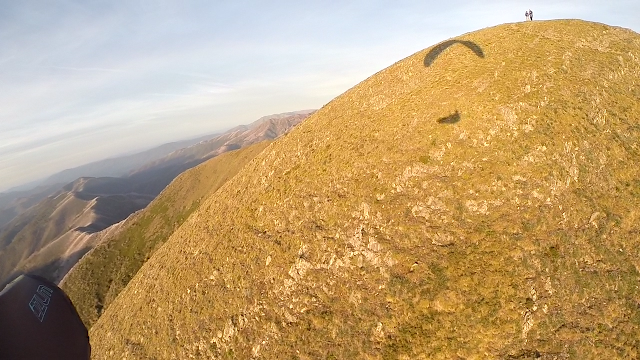 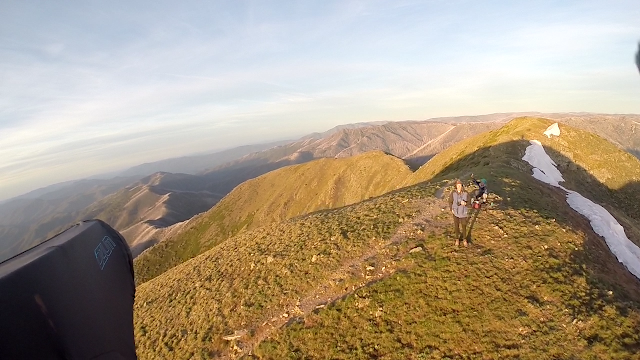 Posted by Unknown at 3:19 AM No comments:

Andrew Horchner has missed out on the Redbull X Alp's 2015 so it's time for my next paragliding adventure Challange.
Wally Arcidiacono and I are embarking on an adventure hike and fly with our paragliders along most of the length of the Great Dividing Range on the east coast of Australia in 2015 - 2016 season from Mt. Broughton, north of Melbourne to North of Brisbane. This will take us over dormant volcanic plugs, snow top Alpine mountains and deep treed valleys.
Ideally we would like to get to Rainbow Beach in Queensland.
Any persons wanting to come along any stage of our adventurous hike and fly can find where we are upto by watching our progress on an Internet page plotting our movement by use of satellites. Come and join our adventure by either hiking along with us at your local areas or fly the Great Dividing Range in your paraglider when we come pass your local flying site.
You can keep an eye on our adventure via this Blog site.
Thank you in advance
Andrew Horchner and Wally Arcidiacono